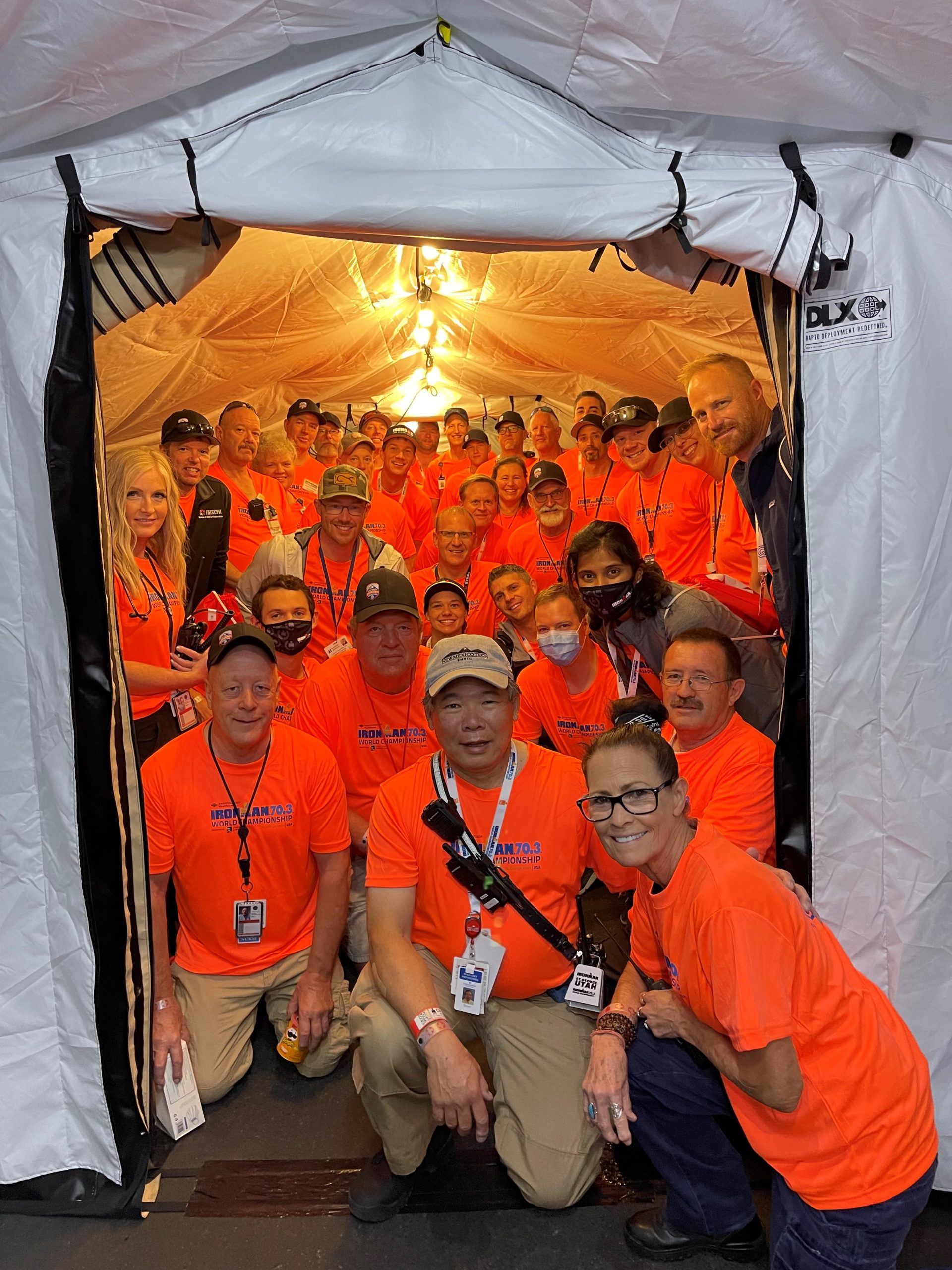 Many of the key players behind the scenes of an IRONMAN event, in particular an IRONMAN 70.3 World Championship, are somewhat familiar faces in the community. They serve Greater Zion as part of the police department or hospital or local park staffs on a daily basis, but they step up when IRONMAN comes to town. Each of them find inspiration in the jobs they do, the stellar IRONMAN athletes and their performance, as well as our gorgeous surroundings. And we marvel as these Legends Among Us … both daily and in producing these worldwide events.

Steve Ikuta is a full-time healthcare emergency management program manager for Intermountain Healthcare, based at the hospital’s St. George location. For the last 15 years, Ikuta has been one of the legends among us who not only serves our community on a daily basis through his job, but also volunteers his time to a number of causes, including working with local IRONMAN races for more than a decade. For the upcoming Intermountain Healthcare IRONMAN 70.3 World Championship presented by Utah Sports Commission Oct. 28 and 29, he will coordinate the Transition 1 (T1) medical team at Sand Hollow State Park.

Ikuta is motivated to go the extra mile to support community events such as IRONMAN due to his deep passion for giving back. “Community events such as IRONMAN align with my dedication to community stewardship,” said Ikuta. “In addition, I am the chair for the American Red Cross here in southern Utah and serve on the central and southern Utah board of directors.” Ikuta is a serial plasmapheresis donor who donates plasma twice a week. To date, he has donated 478 times which translates to 426,000 cc of plasma or 113 gallons. He was also a volunteer firefighter for a local, bedroom-community fire department for 17 years.”

“I get to work with a great team year after year,” Ikuta added. “There are only five of us left on our team that started from the first IRONMAN event over a decade ago.”

In his role on the medical response team, Ikuta creates a punch list of tasks to be completed based on two months, one month, and two weeks out from the event. The week of the event, he dedicates one-two hours each day finalizing the logistics and responsibilities for the event.

Ikuta finds gratification in seeing others succeed during IRONMAN events. With the swim completed, the competition continues and he makes his way to downtown St. George. “After all the hours of attending planning meetings, collaborating with partners and preparing for the event, [the most rewarding part] is being at the finish line medical tent and seeing the athletes cross the finish line,” he added.

One particular IRONMAN race that sticks out in Ikuta’s memory is the 2012 competition that received international media coverage for the windstorm that unexpectedly occurred during the swim at Sand Hollow Reservoir. Ikuta recounted how the storm created white caps on the water that made it difficult for swimmers to finish. All athletes were accounted for, but more than 100 athletes were tended to in the medical tent in just 90 minutes.

“My expertise in critical decision-making and the training I have in responding to no-notice incidents helps our team provide immediate care, when needed during the races,” he added.

The Greater Zion area is home to several large events throughout the year, including the Huntsman World Senior Games, the St. George Marathon and IRONMAN, just to name a few. Ikuta is proud to see how his community embraces these events through strong volunteer involvement. He personally values the experience he has year after year being a part of an event like IRONMAN that allows athletes to enjoy the beauty of Greater Zion during each segment of the race.

The region’s scenic vistas were among the reasons that Ikuta relocated to St. George from Salt Lake City in 2007. “I really don’t grasp the beauty of these scenic vistas until I watch IRONMAN videos of the races,” he said. “It is then I appreciate what I am blessed with and having access to on a daily basis.”

Learn more about the 2022 Intermountain Healthcare IRONMAN 70.3 World Championship presented by Utah Sports Commission and read other inspirational stories over on our Greater Zion IRONMAN blog.